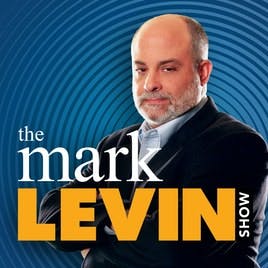 On Tuesday’s Mark Levin Show, what do most people know about the National Education Association (NEA)? What do they know about teacher contracts? What do they know about how tenure is earned? We the People must inform ourselves so we can address things culturally, governmentally, and otherwise. How can American citizens expect the school board to do the right thing if the citizenry is not directly involved? Aristotle said that politics and culture are simultaneous and America needs to be active on both fronts. The Democrat Party exploits fissures in society and creates them where they might not exist. American Marxists use the ideological enterprise of the media as a mob, race, ancestry, gender, climate, economics, and anything else they can to Americanize Marxism. Then, Louis Farrakhan hates white people and America, and critical race theory is an attempt to write scholarship around his ideology. This is just a mechanism to spread their ideology to all aspects of society. Later, Olympian Gwen Berry is under fire again for racist tweets that were unearthed from her past. Berry maintains that the National Anthem doesn’t represent her. Afterward, Jen Psaki says the wealthy should pay more in taxes to fund what the Democrats call infrastructure. Psaki and the White House don’t realize that entrepreneurs don’t all use the same loopholes that Biden did to pay fewer taxes including payroll taxes which Biden skirted on his book and tour.